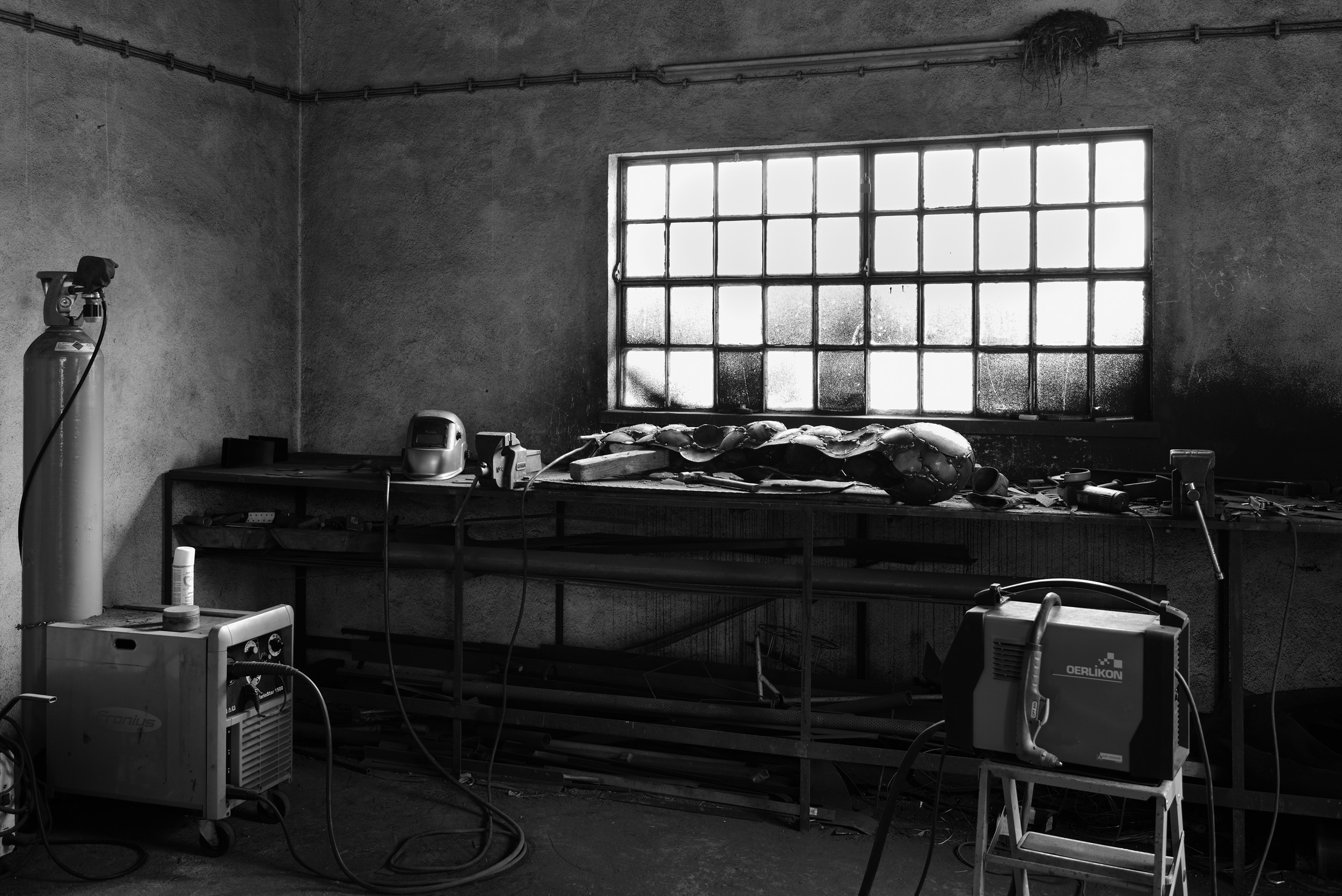 Rui Chafes was born in 1966 in Lisbon, where he currently lives and works.

In 1989 he graduated in Sculpture from the Faculdade de Belas-Artes de Lisboa. Between 1990 and 1992 he studied with Gerhard Merz at the Kunstakademie Düsseldorf in Germany. During this stay he translated the Novalis Fragments from German into Portuguese.

Since the mid-1980s, he has exhibited his work in Portugal and abroad. He represented Portugal at the 46th Venice Biennial in 1995 (with José Pedro Croft and Pedro Cabrita Reis) and at the 26th São Paulo Biennial in 2004 (in a joint project with Vera Mantero). In 2013 he was one of the international artists invited to exhibit in the Republic of Cuba’s pavilion at the 55th Venice Biennial.

In 2011 he held a solo-exhibition in the Sassi di Matera, Italy. In 2018 he exhibited several large-scale sculptures in the city of Bamberg, Germany, and made a dialogue-exhibition with Alberto Giacometti at the Fondation Gulbenkian a Paris, France. In addition, several of his sculptures are on permanent display in public spaces in Portugal and abroad. In 2004 he was awarded the Robert-Jacobsen Sculpture Prize by the Stiftung Würth in Germany.

Part of his activity is dedicated to writing and translating as well as organizing and publishing the books that accompany his sculptural work.